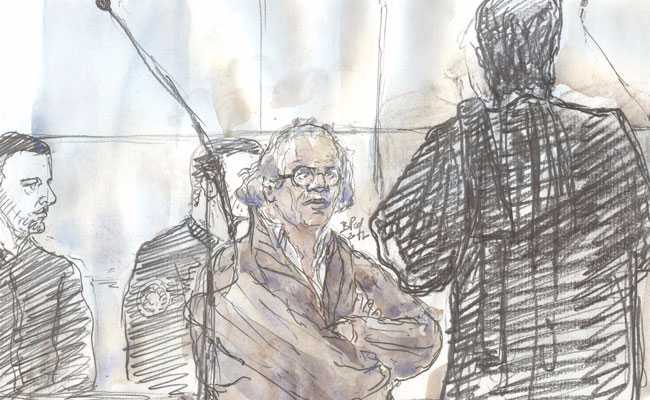 A French court sentenced a man who injured a photographer in a 2013 shooting to 25 years in prison, in a case that predates the spate of jihadist attacks that have since hit the country.

Abdelhakim Dekhar, now 52, ​​was arrested in November 2013 following a major manhunt after breaking into the headquarters of BFMTV.

There he threatened journalist Philippe Antoine with a shotgun, and said: “Next time I won’t miss.”

Three days later, still at large, he managed to organize a shooting in the offices of the left-wing newspaper Liberation, also in Paris, which seriously injured an assistant photographer.

There was also a separate incident where shots were fired at the headquarters of Société Générale bank.

The court found him guilty of the attempted assassination of Philippe Antoine, now editor-in-chief of BFMTV, and César Sébastien, the injured photographer’s assistant at Liberation.

Prosecutor Bernard Farret had argued that “spite” had been Dekhar’s main motive, adding that the shooter harbored “resentment against society, the state and capitalism”.

Of the total, Dekhar will only be eligible for parole after he has served two-thirds of his sentence.

During his trial, Dekhar repeatedly raised political arguments, raising topics such as the colonization of Algeria by France and social problems in the French suburbs.

He also claimed he was suicidal and “desperate” that the police would end his life.

Dekhar was jailed in the 1990s for his role in a ‘Bonnie-and-Clyde’ style multiple murder and left rambling letters exposing conspiracies and media manipulation.

The case predates the January 2015 jihadist attack on the premises of the satirical magazine Charlie Hebdo, which left 12 people dead.

On November 13 of the same year, armed men and suicide bombers killed 130 in a coordinated attack targeting several Parisian locations, including a concert hall.

The attacks have deeply shaken France, triggering a state of emergency that was only lifted this month after President Emmanuel Macron signed a controversial new anti-terrorism law.

(Except for the title, this story was not edited by NDTV staff and is posted from a syndicated feed.)