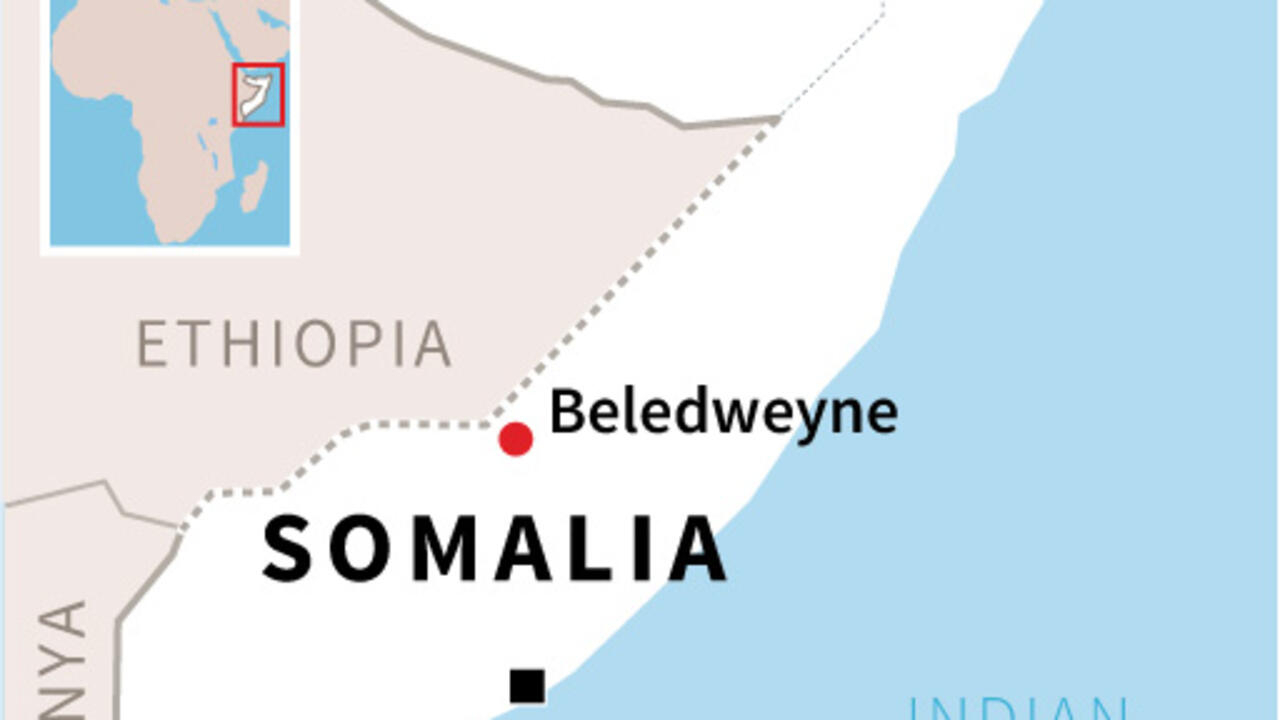 Bomb blast kills 10 in Somali town a day before vote

Mogadishu (AFP) – Ten people were killed in a suspected suicide attack on a popular restaurant in the central Somalia town of Beledweyne on Saturday on the eve of a ballot, police said.

The attack was claimed by the Islamist militant group Al-Shabaab, which has been waging an insurgency in the troubled Horn of Africa nation for years.

Security had been tightened in Beledweyne ahead of a first round of voting for parliamentary seats in the constituency, located about 340 kilometers (210 miles) north of the capital Mogadishu.

Two deputy district commissioners were among the dead, while 16 civilians were also injured, local police officer Mohamud Hassan told AFP by phone, saying a suicide bomber was behind the blast. .

“This is the deadliest attack I can remember in this city,” he added.

Somalia, particularly Mogadishu, has seen a series of attacks in recent weeks as the country navigates long-delayed elections.

Al-Shabaab said in a statement that one of its fighters carried out the attack.

Witnesses said the huge blast ripped open an area of ​​the Hassan Dhiif restaurant where people had gathered under the trees to eat lunch and enjoy the breeze.

“I saw the bodies of several people and I could not count the number of injured who were rushed to hospital,” said witness Mahad Osman.

“Some of these people were waiting for their ordered meals to arrive while enjoying the cool weather when the blast happened,” he said.

“I saw (…) shoes, sticks and hats scattered around the scene of the explosion, there was also blood and pieces of human flesh in the area.”

Somalia is due to conclude the vote for the lower house of parliament by February 25 according to the latest election schedule, which is more than a year behind schedule.

President Mohamed Abdullahi Mohamed, better known by his nickname Farmajo, is at odds with Prime Minister Mohamed Hussein Roble over the postponement of elections, a stalemate that worries Somalia’s international backers.

Among the candidates for a seat in Beledweyne is Farhad Yasin, the former Somali intelligence chief who became Farmajo’s national security adviser.

The voting process in Somalia follows a complex indirect model, in which state legislatures and clan delegates choose lawmakers in the national parliament, who in turn choose the president.

Voting for the upper house ended last year, as clan delegates have so far elected 159 of the 275 MPs who sit in the lower house.

Somalia’s international partners fear the election crisis could distract from the battle against Al-Shabaab, the al-Qaeda-linked Islamist group battling the weak central government.

Its fighters were driven out of Mogadishu in 2011 after an offensive by an African Union force, but they still control large swathes of rural Somalia from where they launch regular attacks in the capital and elsewhere.

The United States issued a statement on Friday calling on Somali leaders to complete the elections in a “credible and transparent manner” by February 25.

“The United States will hold accountable those who obstruct or undermine the process,” he said.

Earlier this month, US Secretary of State Antony Blinken announced a decision to restrict visas to current or former Somali officials or others “considered responsible for or complicit in undermining the democratic process in Somalia. “.

Can you get a payday loan with a credit score of 550?