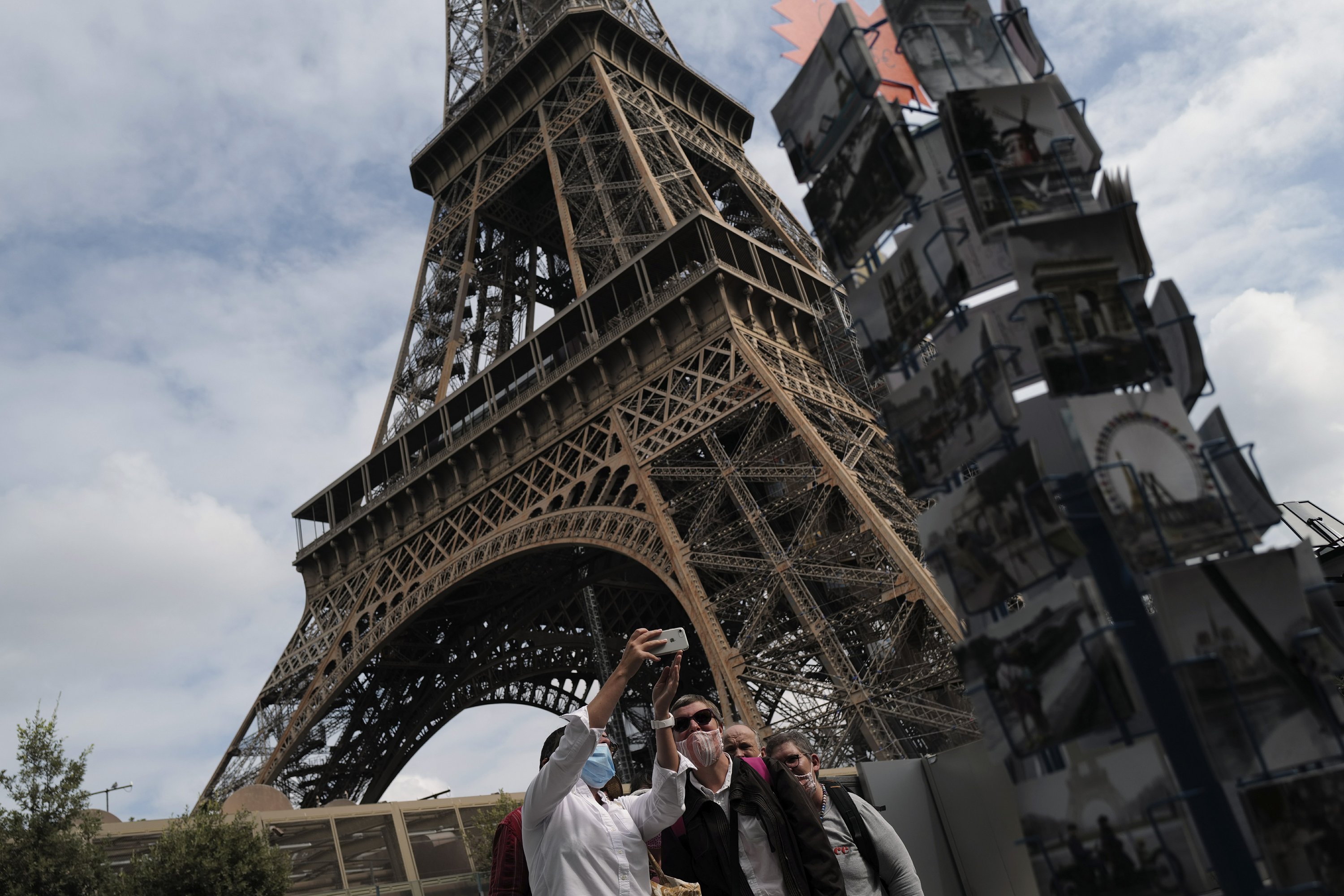 PARIS (AP) – The French tourist industry received another boost on Wednesday with the partial reopening of Disneyland Paris and the opening of the top floor of the Eiffel Tower.

Disneyland Paris, Europe’s busiest amusement park, is partially reopening to the public, four months after it closed due to the coronavirus pandemic.

Marne-la-Vallée park, east of the French capital, opens its doors gradually from Wednesday with Disneyland Parks and Walt Disney Studios.

It will feature enhanced security measures, including managed assistance, reduced capacity to support social distancing, and enhanced cleaning and disinfection of rides and spaces.

Also on Wednesday, the top floor of the Eiffel Tower in Paris reopened. The 19th-century iron monument, one of the French capital’s most visited attractions, partially reopened its first two floors on June 26 after its longest closure since World War II.

Eiffel Tower officials said a maximum of 250 people would now be allowed on the top floor at a time to enjoy the panoramic view of the City of Light.

The director general of the monument Patrick Branco Ruivo remained optimistic about the short-term future of tourism to the Eiffel Tower and more broadly to Paris.

A visitor, Damien Testard, 37, from the Parisian suburbs, said he was “delighted” with his Wednesday trip to the Eiffel Tower, in particular the one which was “not too crowded”.

Tourism officials claim that Paris attracts more than 30 million tourists a year and that in 2018 France recorded nearly 90 million overnight arrivals of visitors and tourists, making it one of the countries most visited in the world.

Masha Macpherson contributed to this report.