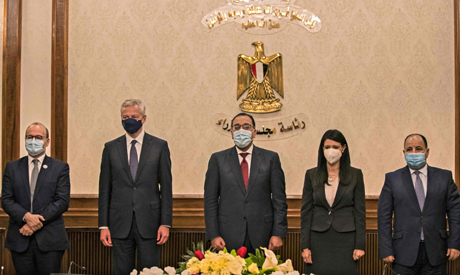 Prime Minister Mostafa Madbouly attended the signing of several cooperation agreements between Egypt and France in various fields on Sunday.

The agreements were signed respectively by Al-Mashat and Le Maire on the Egyptian and French sides.