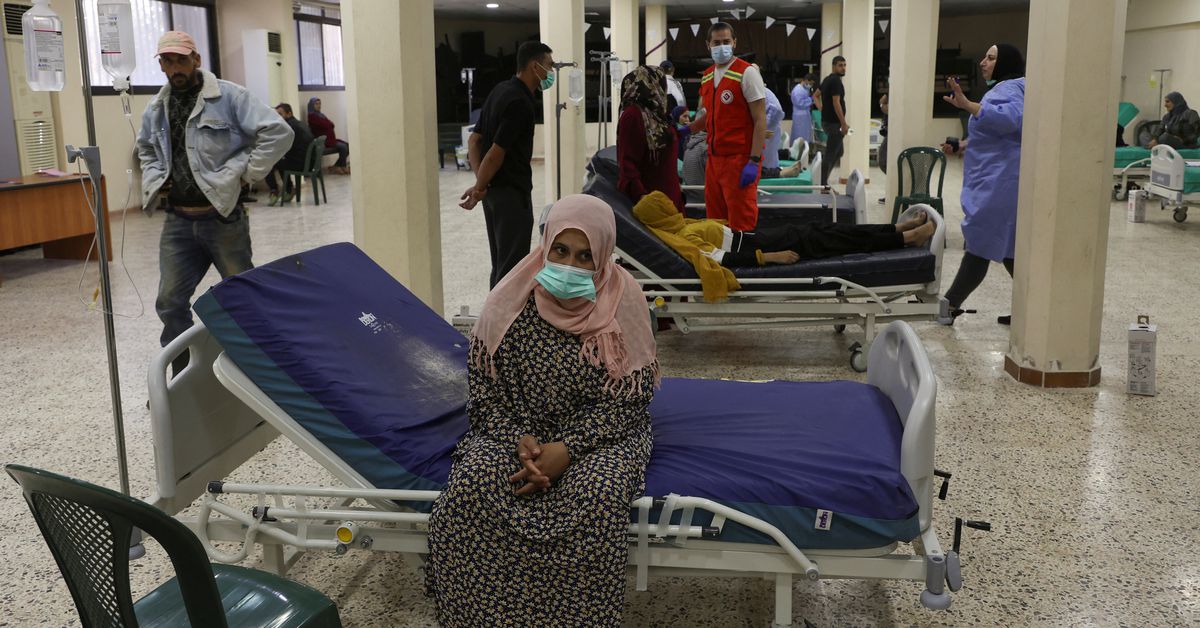 Fight against cholera, Lebanon receives the first vaccines and harsh words from France

BEIRUT, Oct 31 (Reuters) – Lebanon received its first vaccines on Monday to combat a worsening cholera outbreak – along with harsh criticism from donor country France over the crumbling public health infrastructure of the country affected by the crisis.

On Sunday, cases of cholera – a disease usually transmitted through contaminated water, food or sewage – stood at 1,447, with 17 deaths, since the first were recorded in the country a month ago, said the Ministry of Health.

Lebanon had been cholera-free since 1993, but its public services are suffering from a brutal economic crisis now in its fourth year, while infighting between the country’s factionally-divided elite has crippled its institutions policies.

The outbreak has reached Beirut, but authorities say most cases remain concentrated where it started in the northern town of Bebnine, where health authorities have set up an emergency field hospital.

Vaccines would play “an essential role” in limiting the spread of the disease, Health Minister Firass Abiad told reporters in the capital when the first batch was announced. He did not say how many more were on the way.

Standing next to Abiad, the ambassador for former colonial power France said the delivery included more than 13,000 doses donated by her government, while urging Lebanese authorities to address the causes of the outbreak.

“The origins of this epidemic, in which public health is at stake, must also be addressed,” Anne Grillo told reporters. The epidemic was “a new and worrying illustration of the critical decline of public provision of access to water and sanitation services in Lebanon”.

At Bebnine field hospital, two young boys sat next to each other on a hospital bed, while a mother waited anxiously to confirm whether her son, lying on another bed and treated by a doctor and a nurse, had also caught the disease. .

Nearby, Syrian children in a makeshift refugee camp were playing in filthy water filled with rubbish and medical waste and fed by the flow of an open pipe.

The World Health Organization has linked the return of cholera in Lebanon to an outbreak in neighboring Syria, where it had spread from Afghanistan via Iran and Iraq.