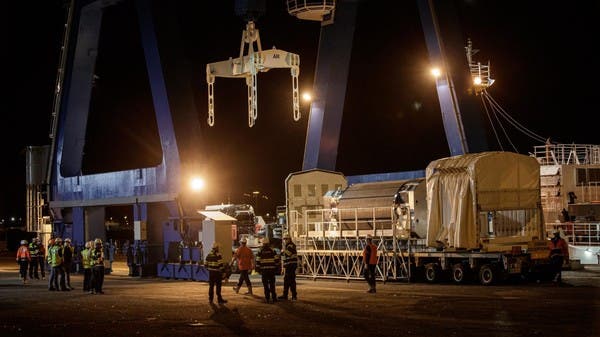 France to send its last nuclear cargo to Japan

A shipment of reprocessed nuclear fuel arrived in the early hours of the French port city of Cherbourg on Wednesday, according to an AFP photographer, bound for Japan for use in a power plant.

Japan lacks the facilities to process waste from its own nuclear reactors and sends most of it overseas, notably to France.

For the latest headlines, follow our Google News channel online or through the app.

The shipment of highly radioactive Mox, a mixture of reprocessed plutonium and uranium, was transported overnight from a plant in The Hague in secure containers on two trucks, French nuclear technology group Orano said.

The convoy arrived around 3:45 a.m. at the port surrounded by law enforcement vehicles, according to an AFP photographer.

Shortly after 6 a.m., the fuel package was loaded on board a vessel specially designed by the British company PNTL, which has extensive experience in this type of transport, Orano said.

It will take just over two months for the ship to reach Japan, he said, the eighth such shipment from France since 1999.

The previous transport of Mox fuel to Japan dates back to September 2021 and sparked protests from environmental group Greenpeace.

“Transporting such dangerous materials from a nuclear proliferation point of view is totally irresponsible,” Yannick Rousselet of Greenpeace France said of the latest planned shipment.

MOX is composed of 92% uranium oxide and 8% plutonium oxide, according to Orano. The plutonium “is not the same as that used by the military”, he said.

The group said plutonium in the Mox.

China’s nuclear industry says it can speed up expansion plans