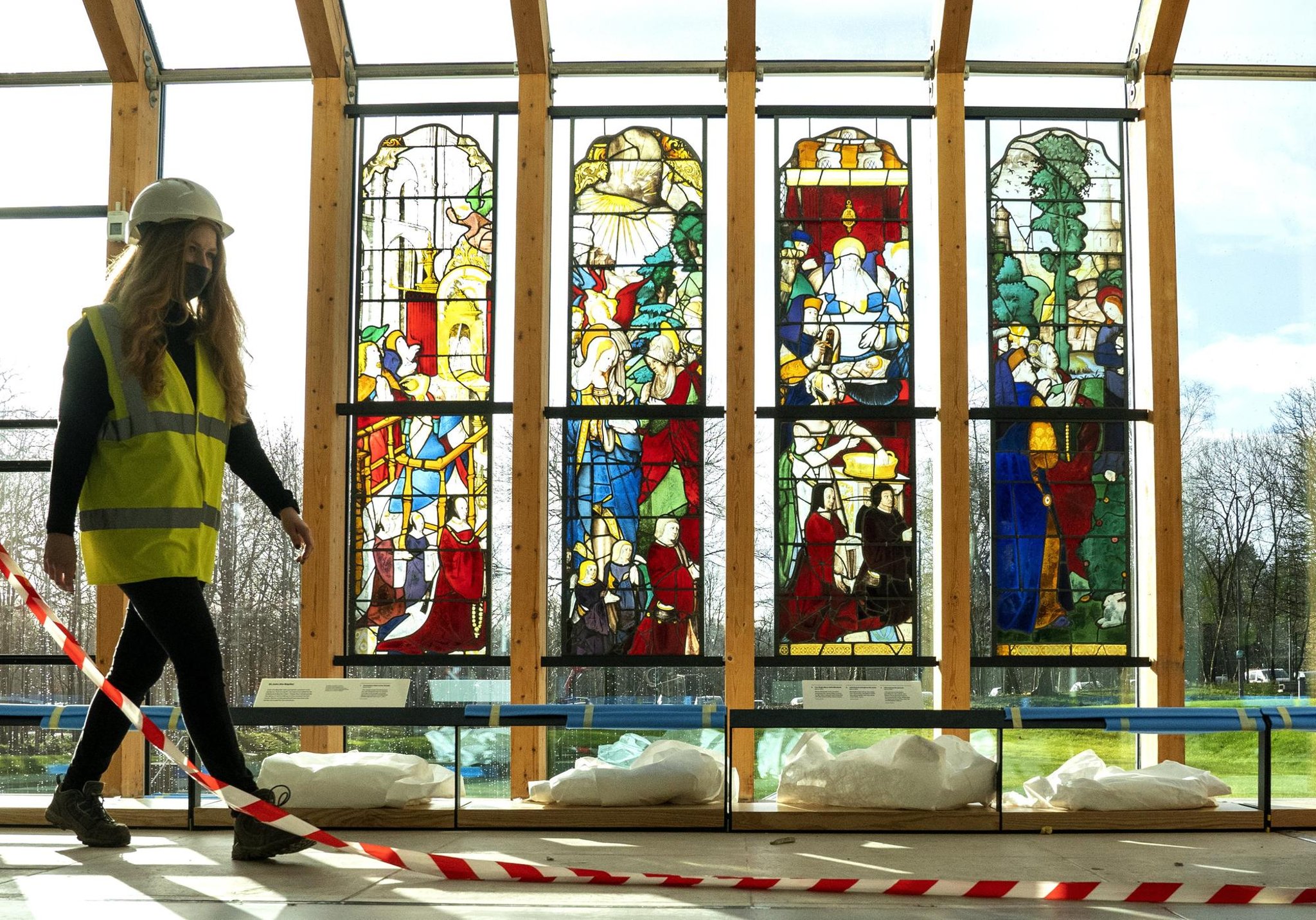 The collection’s home at Pollok Country Park has been transformed into a modern, more environmentally friendly museum capable of displaying more of the artefacts that Sir William Burrell dedicated decades of his life to amassing.

Professor Frances Fowle, Principal Trustee of the Sir William Burrell Trust, hailed the nearly £70million redevelopment as “an impressive undertaking which has provided a spectacular home for this unique collection”.

“The renovation has exceeded all of our expectations, making the Burrell Collection one of the most significant, enduring and inspiring museums in the country, with something for everyone,” Professor Fowle said.

Sir William and his wife Constance spent over 75 years collecting the objects, then presented one of the largest personal art collections in the world to the public in 1944.

At the time of the donation, Sir Hector Hetherington, Principal of the University of Glasgow, described it as “one of the greatest gifts ever given to any city in the world”.

Inside the newly renovated building, the collection houses the Wagner Garden Rug, one of the world’s first Persian garden rugs, a priceless object that until now was not on long-term display.

Other highlights include one of the largest collections of Chinese art in Europe, paintings by renowned French artists such as Manet, Cézanne and Degas, as well as medieval treasures such as stained glass, weapons and armors.

The Arabesque rug from the Burrell collection being installed. PIC: Glasgow Museums and Libraries Collections

Sir Angus Grossart of Burrell Renaissance said it “is wonderful that it is once again enjoyed by millions of visitors for its immense quality, diversity and beauty”.

Almost half of the funding for the £68.25 million project has been committed by Glasgow City Council, with more than a quarter coming from the National Lottery Heritage Fund and major donations from the Scottish Government, the UK Government and numerous trusts and private donors.

The museum’s gallery space has increased by 35%, making it possible to display unique objects from the collection, which have not been seen for decades, or which have never been on permanent display.

The new exhibits give visitors a better understanding of the international significance of the artworks in the Burrell Collection and the people who created them and some of the people who owned them.

A member of staff walks through the central gallery, as the Burrell Collection in Pollok Country Park, Glasgow, prepares to reopen after its refurbishment. Photo: Jane Barlow/PA

There will be 225 exhibitions spread over 24 galleries.

Shipping tycoon Sir William offered the collection to Glasgow under strict conditions, including the stipulation that it should be housed at least 16 miles from the city center to avoid the effects of pollution and bad weather clean air and where people could enjoy art in a rural setting. .

The decision on its location sparked a heated debate at Glasgow City Council meetings, with an administration at the time overwhelmingly dominated by Labor members squabbling over the chosen site which is just over five miles from the Chambers of the city.

To ensure that Sir William’s wishes were largely met, free buses were set up for the masses to travel to the south of the city to view the extensive collection at its new home.

A message from the editor:

Thank you for reading this article. We are counting on your support more than ever, as the change in consumption habits caused by the coronavirus has an impact on our advertisers.