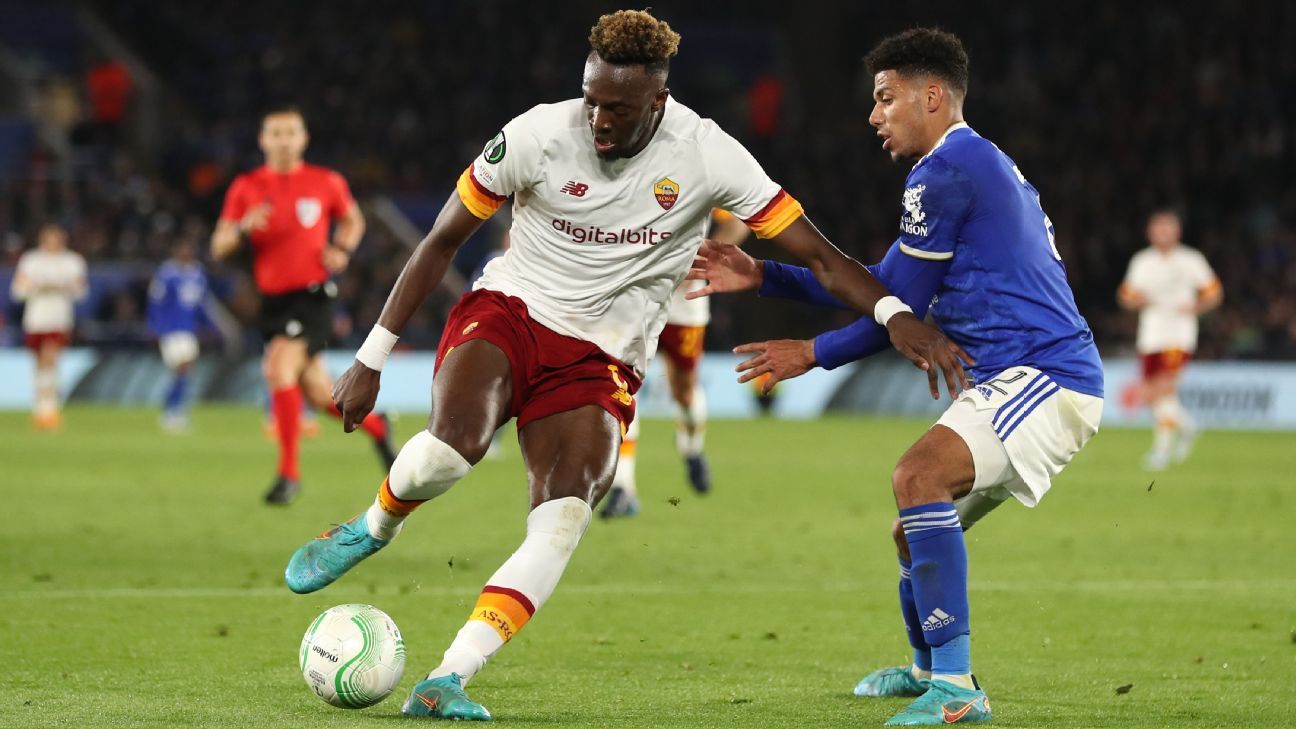 AS Roma defender Gianluca Mancini scored an own goal to give Leicester City a 1-1 draw at home in the Europa Conference League semi-final first leg on Thursday at the King Power Stadium.

In the other semi-final, Feyenoord beat Marseille 3-2 in a thrilling clash in Rotterdam, blowing a two-goal lead before rallying to win and take a slight advantage in next Thursday’s second leg on the coast. South of France.

With UEFA scrapping the away goals rule this season, the two matches remain even as the teams battle for a place in the Conference Premier League final to be played in the Albanian capital Tirana on 25 may.

Roma took the lead after 15 minutes at Leicester through Lorenzo Pellegrini after an incisive through ball from Nicola Zalewski gave the visiting captain the chance who slid his shot through the legs of goalkeeper Kasper Schmeichel.

The home side then dominated but had to wait until midway through the second half to equalize as Harvey Barnes burst into the box and his goal-line cross was turned into his own net by Mancini under pressure from Ademola Lookman.

Feyenoord scored twice in as many minutes early in the first half to take the upper hand in their draw at De Kuip. Cyriel Dessers and Luis Sinisterra offered the reward of a positive start in which the hosts mounted wave after wave of attacks.

But Marseille pulled one back with a thunderous strike from 25 yards out from Bamba Dieng which flew past Ofir Marciano at his near post in the 28th minute and they were level before the break as the keeper could only parry Matteo Guendouzi’s cross and Gerson shot into the net from 10 yards out in the 40th.

Dessers put Feyenoord back in front just after the break as Duje Caleta-Car dropped his back pass to keeper Steve Mandanda and the Nigerian international stole to score and put the Dutch in front ahead of their trip to France.

Protection against high-cost lenders in place May 1