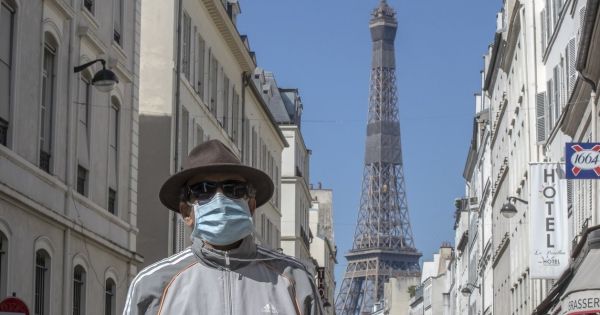 Massive support of 18 billion euros for the French tourism sector, ?? his rescue is a national priority ??

France has announced measures worth 18 billion euros (US $ 19 billion) to support its tourism sector, which has been hammered by the COVID-19 crisis and the closure of beaches, attractions in resulting recreation and hotels.

Nearly 90 million foreign tourists visited France in 2019, making it the most visited country in the world, according to government data. Tourism represents nearly 8% of the country’s 2.3 trillion euro economy.

?? Tourism faces what is possibly its worst challenge in modern history, ?? Prime Minister Edouard Philippe said at a press conference. Because it is one of the jewels of the French economy, its rescue is a national priority.

This very French pleasure, which is at the heart of our identity, of meeting up, of eating well and of discussing, was first compromised by confinement, then the conditions for lifting this confinement, ?? said Philippe.

The prime minister said that with 95% of hotels closed, the government’s priority was to avoid bankruptcies and job cuts.

To avoid job losses, the government reimburses companies for 70% of the gross wages of workers they put on leave, and Philippe has said he will extend the measure at least until the end of September.

In other sectors, the government is now considering cutting that support as France emerges from a nationwide lockdown.

In April, French hotel company Accor, which operates brands such as Ibis and Sofitel, said it was cutting spending and placed most of its staff on leave or unemployed.

Philippe said he hoped restaurants could reopen on June 2 in the country’s “green zones”. where the virus does not circulate widely. However, this would rule out an immediate return to the culinary scene in Paris, a hotspot of the â€œred zoneâ€ virus.

The prime minister sought to reassure people that the cherished summer vacation – during which Paris practically stops and vacationers head to beaches and country houses – would not be wasted.

He said restrictions, including banning driving more than 100 km and closing beaches, would not be an obstacle during the summer months unless the epidemic resumes.

?? We need to set a goal, and broaden our horizons, ?? said Philippe. ?? The French will be able to spend their holidays in France in July and August ?? he said.