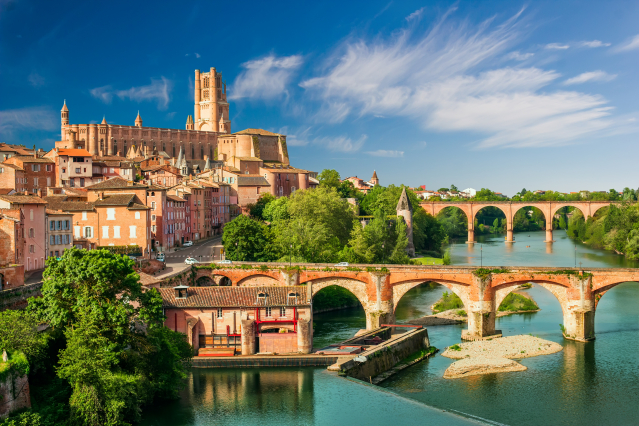 The healthiest cities in France to live

Albi, Tarbes, Bordeaux, Grenoble and Antibes are ranked in the top 5 of the healthiest cities to live in France in a new ranking.

The ranking, compiled by Le Figaro, compares 100 cities across the country to determine where people are most likely to live healthier old age.

It examines a number of criteria including general public health, number of doctors and air quality.

The 100 localities were selected because they have the most inhabitants aged 75 and over.

It then took the average of these three rankings to come up with an overall list. The complete rankings from 1 to 100 can be viewed directly on the Figaro website.

The top 10 municipalities with the best general health, according to departmental data, were:

The top 10 was completed by Grenoble (Isère) and Montreuil (Seine-Saint-Denis).

The top 10 cities in number of doctors per 10,000 inhabitants, including general practitioners, cardiologists, ophthalmologists, pulmonologists and radiologists, were:

The top 10 cities with the best air quality, based on data on average air pollution particles of PM10, PM2.5 and oxygen levels, were:

To establish the general classification, Le Figaro took the averages of the other three classifications, and applied coefficients, that is to say that general health was considered the most important factor, followed by the number of doctors, then by air quality.

The top 10 overall were:

The mayor of Albi, the municipality that came first, estimated that the result was due to a “health policy which bears fruit in the long term”.

She also said: “We eat well here, and locally. We know that when it comes to preventing cancer, eating a healthy diet is very important.

Rankings show that most of the healthiest cities are in the south, or in the wealthier areas of Ile-de-France.

The municipalities at the bottom of the ranking are rather in Hauts-de-France. These are Roubaix, Calais, Dunkirk, Tourcoing and Saint-Quentin.

He then asked, a little ironically: “Should we see the results as a sign of the benefits of the sun, or of cooking with duck fat?”

In response, Professor Antoine Flahault, professor of public health at the University of Geneva, suggested more seriously that the reason for the national split is probably socio-economic.

He said: “My three assumptions are based on income, education and place on the social ladder. These are the social determinants of health. In reality, everything we promote for good health is taken care of by the wealthier and better educated. We must make the same factors accessible and more attractive to the masses. “

In July, it launched a major call for projects to fight against smoking and alcoholism, poor housing conditions and pollution (including noise pollution), in favor of healthy eating and encouraging people to do more. exercise.

Which supermarkets in France have the most offers, offers and promotions?

Top 500 best places to live in France – is your municipality on the list?

2-year study reveals the best place to live in France