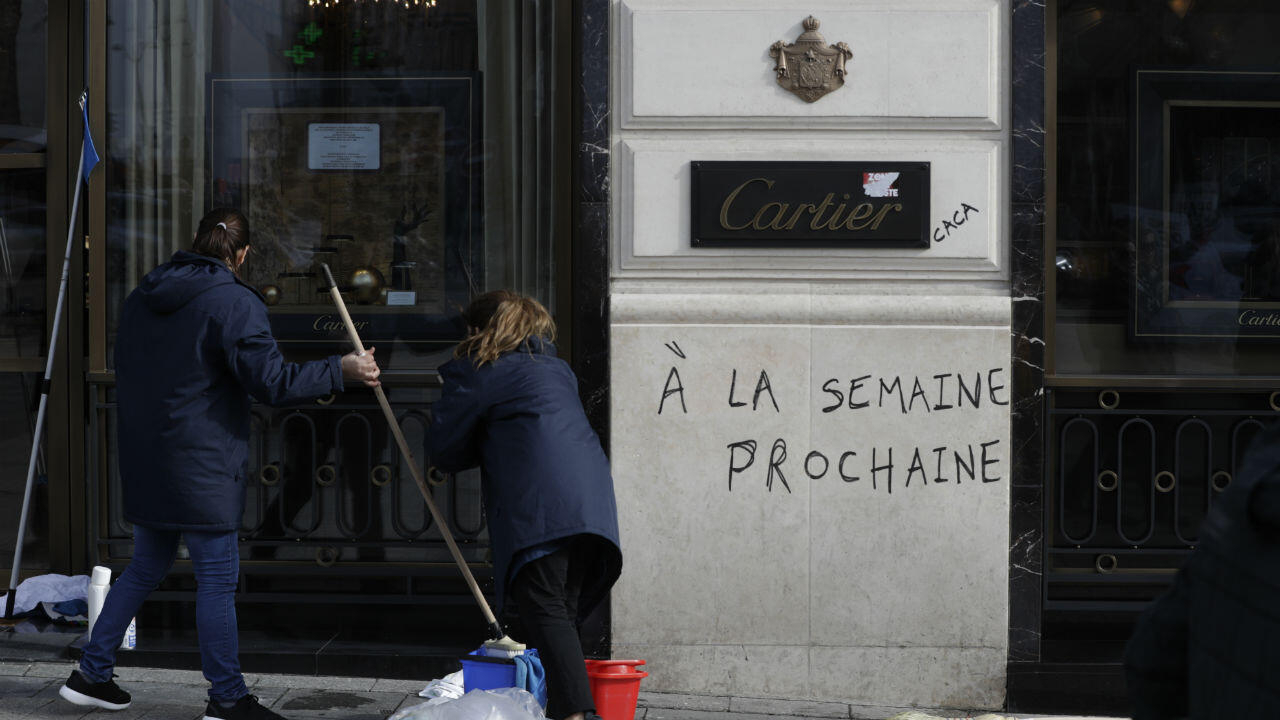 Smoke trails, smashed windows and ransacked shops are not the sight tourists expect on the Champs-Ã‰lysÃ©es, known as one of the most beautiful avenues in the world. But following a particularly destructive demonstration on Saturday in the French capital which occurred during “act 18” of the yellow vests, companies fear that the violence will deter customers.

â€œThere are clearly fewer customers, especially high-end customers, people who come for the weekend. So i hopethat there will be a return to calm after the latterthe eruption of violence is coming to an end, “said Serge Cachan, owner of 17 hotels in Paris.

His hotel on the Champs-Ã‰lysÃ©es lost nearly 20% of its turnover in December and January.

Saturday was a busy day for the Parisian tourist bus industry, but not anymore.

“We are not full. The buses are empty,” said driver Mahamout Mahamat.“I’m worried about my salary. Because if there are fewer customers, I earn less. The more we sell, the more commissions we get,” he said, explaining that the protests on Saturdayhave reduced the number of customers by 50%.

The French Ministry of Finance estimates that the overall impact of the yellow vests protests could reduce France’s budget by 0.2%.economic growth.

The French government is under additional pressure following the last demonstration on Saturday, when police appeared to be overrun as protesters invaded the Champs Ã‰lysÃ©es neighborhood, vandalizing and then torching the Fouquet’s brasserie – favorite haunt of the rich and famous of the last century – as well as the luxury handbag store Longchamp.

Clothing stores Hugo Boss, Lacoste and Celio were also damaged as well as a bank, a chocolatier and several newsstands.

” Enough is enough. And this Saturday has gone too far! â€Enthuses Bernard Stalter, president of CMA France, a national network of professional and craft associations.